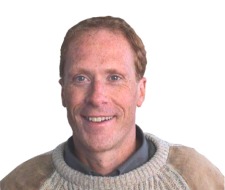 Home Translation and proof-readingWho am I? Client testimonials My work My prices Your free quote Buy credits

Having trained as a lawyer, and having practised law for the best part of twenty years, I find there's a lot of similarity between that and working as a translator. They both demand a good memory, discipline and care.

I read law at the University of Exeter, took the Solicitors Finals at the College of Law in Guildford, was admitted as a solicitor in 1985 and subsequently specialised in the law of personal injury claims including clinical negligence, industrial health & safety and product liability. Since 1996 I have also provided training to solicitors within the Law Society's CPD (continuing professional development) scheme. In 2004 I was commissioned to write a 430-page legal textbook, which was published in 2005 as the Law Society's Personal Injury Handbook.

These days I spend nearly half the year in France, and I work mainly as an independent French-English translator. I have always liked the structure and etymology of both languages. A translator also needs to be very aware of context. There's not only the everyday English of London and Boston (which are almost identical) but also the English of newspapers, sport, weather forecasts, literature, correspondence and young people. Not to mention business English, legal English, medical English and the English of estate agents, seafarers, the armed forces...

I first worked in France as long ago as 1978, three months of total immersion which showed me what a French A-level was worth.

In 1997 I took the University of Cambridge CELTA (Certificate in Teaching English to Speakers of Other Languages or TESOL, previously known as the Certificate in English Language Teaching to Adults), and then worked full-time in France for three years.

Recently I have lived for fifteen months in the High Alps near Briançon, two months in the Pyrenees at Bagnères-de-Luchon, and eight months on the Vercors plateau at Villard de Lans. I love mountain sports and watersports, and in 2009 I launched Kayarchy, a hefty online handbook of sea kayaking.

Today I live in Ireland, in the part of the Republic of Ireland known as "Yeats Country", where I use English and French every day as a freelance translator and as a teacher of English as a foreign language (EFL) - see www.linguetic.co.uk